3 Things You Need to Know About Phone Scams 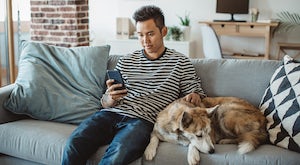 Phone scams are a major problem. In 2019, phones were the most common way for scammers to contact and swindle their victims. The good news is that most people don't fall for them, but even one person is too many.

There are ways to avoid phone scams, and the most important step is to know when somebody is trying to scam you. That often means learning more about phone scams and how they operate. The more you know, the quicker you can spot them and hang up.

We'll tell you a few things to know about phone scams in this article.

1. The Most Common Type of Scam is an Impersonation Scam

An impersonation scam is one where the caller pretends to be someone you would otherwise trust.

If they're claiming to be a friend or family member, their voice will often sound different. When you call them out on it, they'll usually blame it on illness.

If it's an authority figure, pay close attention to the name of the organization. You might get a call from the Canadian Revenue Association, or Microsoft Studios.

The tax officials work at the Canadian Revenue Agency, and Microsoft is a corporation. Scammers make small tweaks to company names because copying outright could get them sued.

All a company needs to do is prove that they have a trademarked name and that you're harming their business by using it. Running phone scams with their name could easily harm the real business.

2. Phone Scammers will Use Extreme Circumstances as an Excuse

When a scammer calls, they will claim that some sort of emergency requires their attention. They may say that your computer is broken or at risk, or that they've been arrested.

Some scammers claim to be a member of the Canadian Revenue Agency. They will often state that you are delinquent on your taxes and that a police officer is on their way to arrest you.

The real Canadian Revenue Agency won't call you about not paying your taxes. They'll usually send you a letter. Unless they have a very clear case that you've intentionally dodged taxes, they won't arrest you.

Many scammers claim to be utility workers who are going to shut off power or water due to late bills. This is known as utility fraud.

If you haven't hung up by the time they ask for money, pay attention. One of the surefire signs of a scammer is that they ask for gift cards. No legitimate organization will ever ask for payment in gift cards.

Most scams are phone scams. We've talked a little about stopping phone scams in this article, but there are a lot of other tricks for catching scammers. You may want to do research to learn a few more of them.

If you're in the market for insurance, we're happy to help. Feel free to contact us for more information.